Nicotine is the primary addictive agent in tobacco and the gene CYP2A6 is the primary catalyst of nicotine metabolism. Smokers with reduced CYP2A6-catalyzed nicotine metabolism smoke fewer cigarettes and smoke each less intensity, thereby lowering their dose of tobacco smoke carcinogens. The research group of Professor Sharon Murphy (Masonic Cancer Center; Biochemistry, Molecular Biology and Biophysics; MSI PI) has demonstrated an association of CYP2A6 activity with the risk of lung cancer in smokers. However, the risk of lung cancer varies across racial/ethnic group as does the contribution of CYP2A6 activity to that risk. The relative lung cancer risk of Native Hawaiians is twice that of Whites and the risk of Japanese is half that of Whites at similar smoking levels. Accurate genetic characterization of CYP2A6 variants in Japanese-American, Native Hawaiian, and White individuals will help to define the relative importance of specific variants to nicotine metabolism in each ethnic group.

The majority of lung cancer cases occur in former smokers, who remain at an elevated disease risk for up to 25 years after quitting. The challenge is to identify those who are at the greatest risk, and this group’s focus is to investigate how individual differences in nicotine metabolism effect that risk. Quantifying nicotine metabolism in ex-smokers is not possible. The long-term goal of this project is to develop a genetic score to predict CYP2A6-catalyzed nicotine metabolism and to determine the association of that score with the lung cancer risk of smokers in a multiethnic cohort. The goal is to carry out long-range sequencing of CYP2A6 on samples from Native Hawaiians, Japanese-Americans, and Whites, to identify CYP2A6 haplotypes and their relationship to nicotine metabolism in these smokers. This project, which will include staff in MSI’s Research Informatics Solutions group, recently received a UMII Seed Grant. 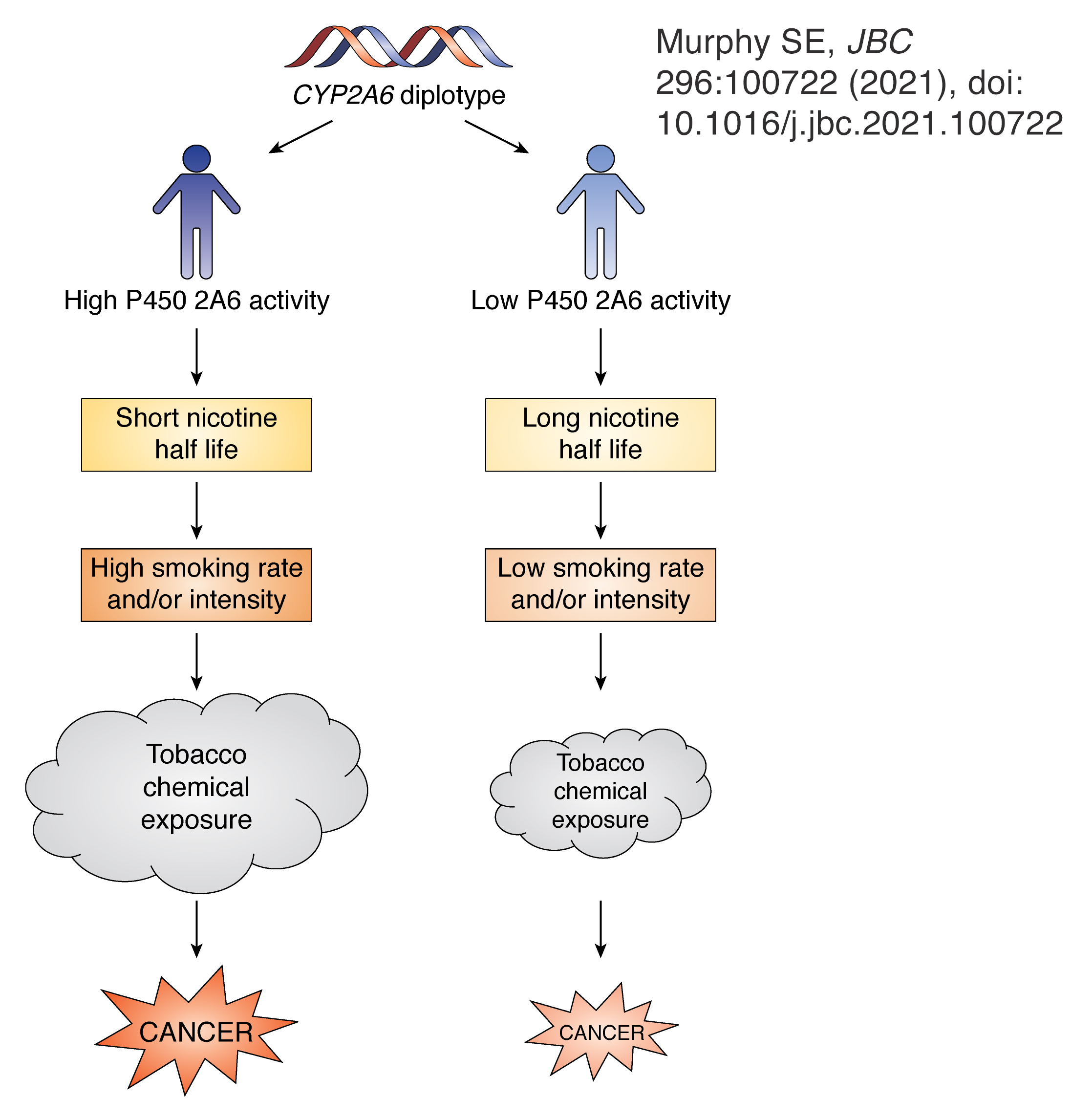